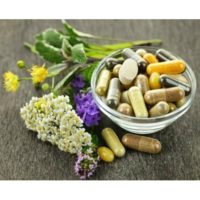 ~~Classical Ayurvedic texts have several references to cancer. Some terms used to describe the condition are general while others are much more specific.

Charaka and Sushruta Samhita (700 BC) both described the equivalent of cancer as granthi (benign or minor neoplasm) and arbuda (malignant or major neoplasm). Both can be inflammatory or non-inflammatory, based on the doshas (Vata, Pitta and Kapha) involved. The term dosha describes the three principles that govern the psychophysiological response and pathological changes in the body. Ayurveda described health as the balanced coordination of these three systems in body, mind and consciousness. The fundamental theory of Ayurvedic treatment is based on restoration of the balance between these three major bodily systems.

Scientifically proved natural sources of anticancer principles are selected, processed without any degradation and used for the cancer treatment.

This Ad has been viewed 8 times.